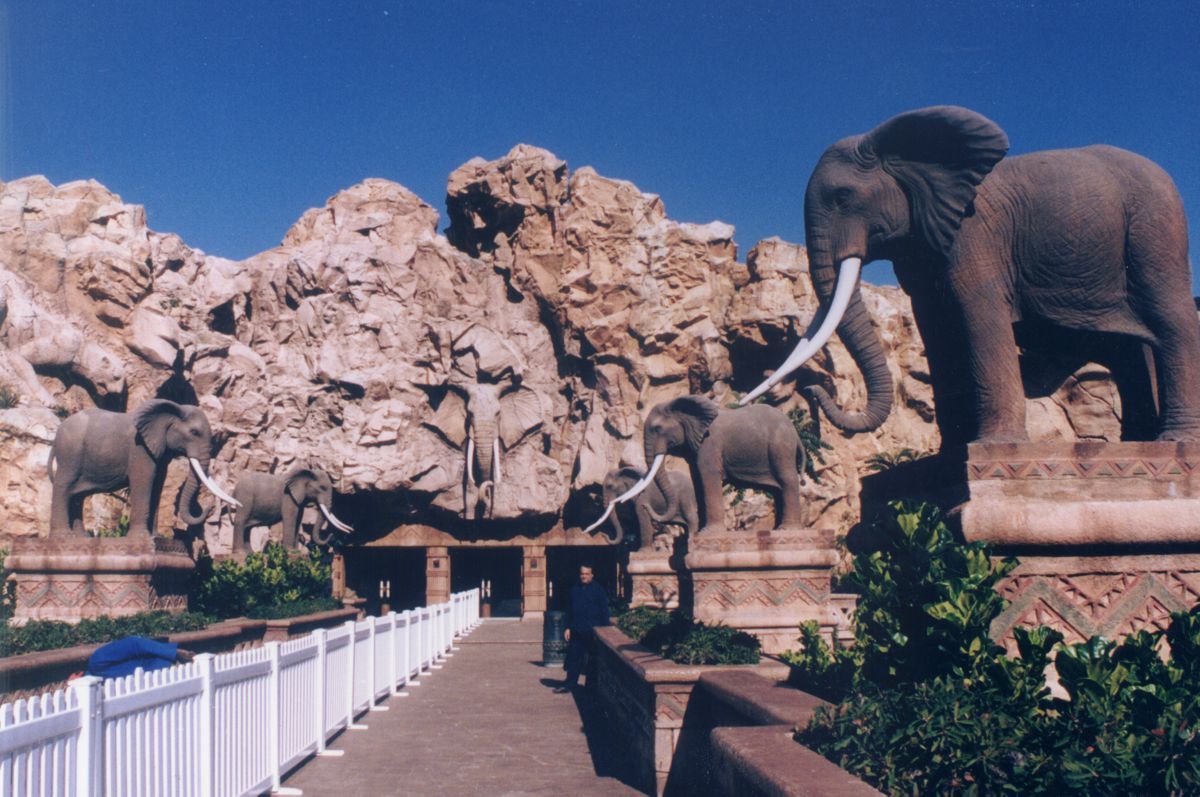 The “Golden Crown” of Ecumenical Hellenism was given to President Nelson Mandela and a visit to SOWETO was held.

The Leaders of the Mission were the following:

During the events, the two-volume projects MACEDONIA and HOLY PILGRIMAGES – TOWERS OF ORTHODOXY were offered free of charge from the Program in Greek and English, to Greek and foreign libraries of South Africa in the framework of international information on Greek culture issues.

An event in the parish of Saint Andrew, where Greeks and Cypriots presented the actions and the problems facing the Greek community.

Trip to Soweto, the Johannesburg Ghetto, where a visit was made to a school where children presented their educational activity, which also includes the teaching of Greek culture and tradition. The effort of the Greeks of the Orthodox community and the Eminent Metropolitan of Ioannina, Mr. Seraphim, to help Africans overcome the problems of poverty, violence and misery, focuses not on philanthropy but on helping to educate children as a long-term solution to the problems they face. Meetings were held with representatives of local authorities and the ruling ANC to present the problems faced by Africans after the transition to a democratic regime.

In the parish of Saint Pantanassa, an event was held in honor of the Greek mothers and the role they play in preserving our national and cultural heritage. A workshop followed: The Greek Education in South Africa. OLYMPIC AIRLINES, as the leading donor of the Mission was honored for its contribution towards our effort.

THE SCHOOL OF THE SAHETI GENDRE

Visit to the SAHETI School, Genoa School, where students presented extracts from the March 25thevents. SAHETI is a school that’s open to every nationality, and was open even in the years of Apartheid. A presentation of educational activity and the transmission of Greek education to an amalgam of nationalities was presented.

The President of the Hellenic Ecumenical Program Stavros Panousopoulos presented to President Nelson Mandela a “Golden Crown” made by A. Friderikos and the two-volume project MAKEDONIA as recognition of his contribution to peace and his philhellenic feelings through the President of the School Mr. Giorgos Bizou, Attorney of President Mandela during his imprisonment and strong activist in favor of human rights.

The leading sponsor, who contributed to the Mission of the Hellenic Republic of South Africa, was OLYMPIC AIRLINES SA. At the initiative of President Kalopoulos, our national carrier supported the Hellenic Route to Hellenism, demonstrating once again the special awareness and support of the administration regarding activities concerning the homogeneity and the dissemination of Greek culture.