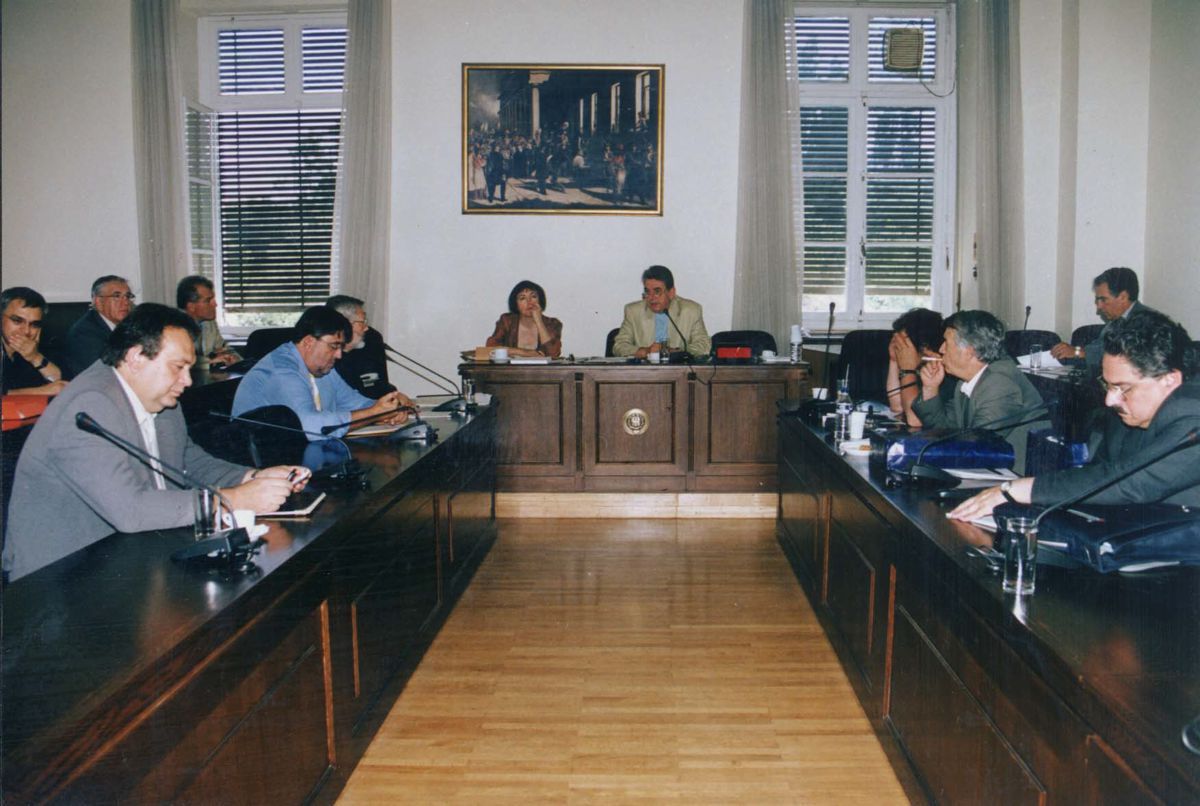 The Metropolitan of Canada, Mr. Sotirios, in his speech with the General Secretary of dispersed Greeks, Dimitrios Dollis

Committee for the Hellenic Dispersion

The Program is presented by two MPs, Skandalakis Panagiotis, MP of the New Democracy and Giannakopoulos Ioannis, MP of PASOK.

An official presentation of the Program “Ecumenical Hellenism” was presented by the Program’s President Mr. Stavros Panousopoulos at the Hellenic Parliament, to the members of the Committee, in the presence of the General Secretary of Greeks Abroad, Mr. Dimitrios Dollis.

In his speech, the President of the Program “Ecumenical Hellenism” Mr. Stavros Panousopoulos said:

“Before I begin the presentation of the program, I would like to address as a simple Greek a great thank you to the Committee of Hellenes Abroad and to the SAE for the enormous work they are doing about Greek Dispersion.

15-20 years ago, the Greeks of the dispersed communities felt alone and literally deserted.

They looked around looking for something from Greece, something from their homeland, but that was something they could not see anywhere. But nowadays, even if they do not see it, they certainly feel that an umbrella of love and interest from the SAE and their Motherland, covers them and gives them courage and hope for the dream.

I also want to thank Mr. Skandalakis for his initiative and idea, for me to be with you today, to be in a place that I personally never imagined I would visit under any capacity. Being in the heart of Greece and Hellenism.