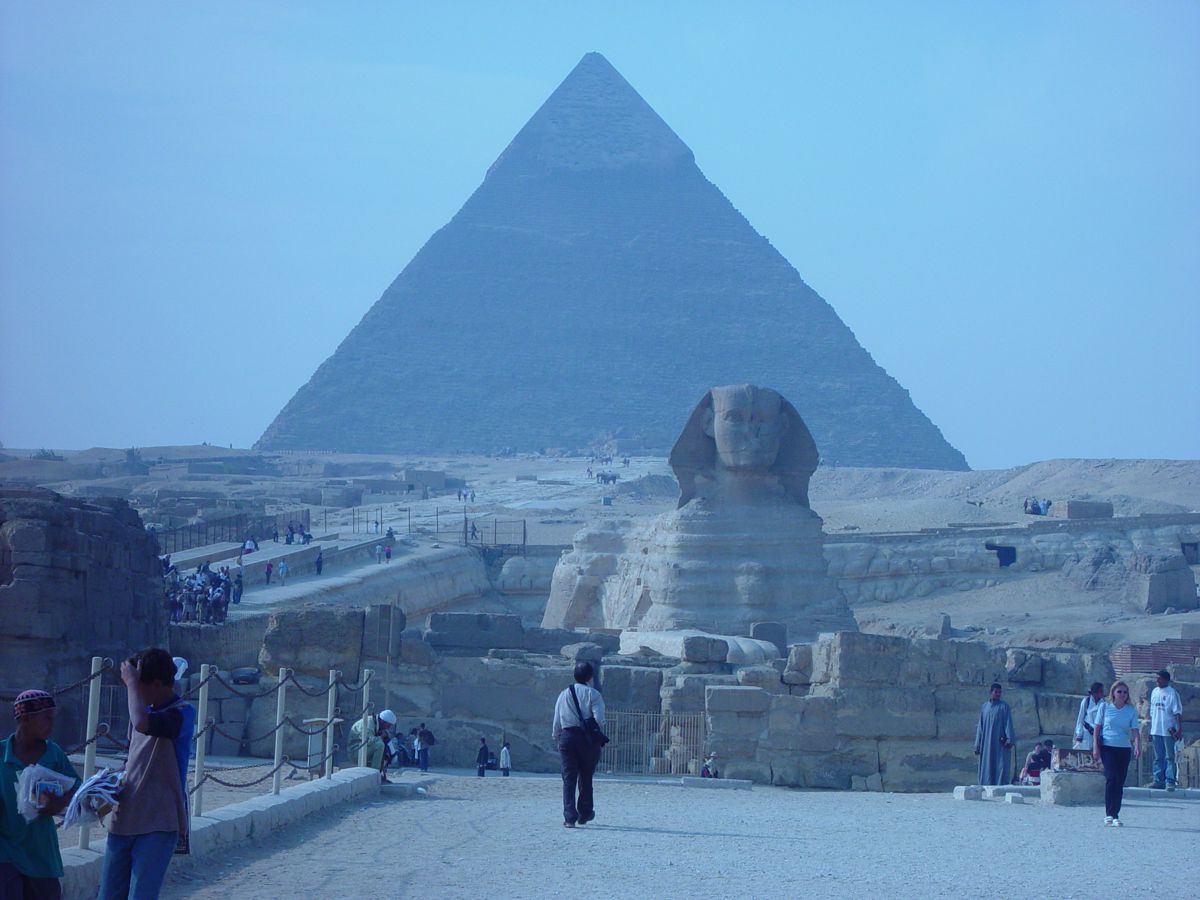 Along with our meetings with the Greeks, we visited the Alexandrian Library and we traveled to the monuments of Egyptian culture (Luxor, Karnak, Pyramids), safari in the Bedouin camps in the Sinai desert and the Saint Catherine’s Monastery in Sinai.

Once again, the “Ecumenical Hellenism” program, loyal to Hellenism of Dispersion, which has carved it, in its 2nd round of work, visited the base of the old Patriarchate of Alexandria and All Africa, the historic and decimated Hellenism of Egypt, carrying out a pilgrimage to the monuments of our kind and of Orthodoxy, but also to the monuments of Egyptian culture and other Christian doctrines.

Both during the visit and the return, our feelings were intense and showed on all of the 110 people’s faces which participated in our journey, representatives of political parties, local government, academics, businessmen and media. Leaders  of the Mission was the President of the “Ecumenical Hellenism” Program Mr. S. Panousopoulos, PASOK MP Mr. Geranidis, Member of the Hellenic Parliament and the MP of New Democracy Mr. Kostas Karras.

VISIT TO THE MONASTERIES OF COPTS

Beginning from Cairo, the team heads off to Alexandria, making a stop to visit the Coptic Monasteries in the desert of Nitria. It is one of the very few times that access to these Monasteries is given, where the Christian Cutters live away from the mundane.

Egypt was the birthplace of monasticism in various forms. From Egypt, monasticism spread all over the world. Ascetic life finds its full expression through the first ascetics of the pre-Christian Church, such as Prophet Elijah and St. John the Baptist. But those who, irrespective of the evangelical ideals, introduced a system of lonely ideal, always inspired by the divine grace, were the ascetics of the deserts of Nitria (Natur) and Thiva (Upper Egypt).

The team’s guided tour to the well-preserved monasteries is carried out by the monks and the Abbot. In the framework of a modest ceremony, the President of the Program “Ecumenical Hellenism” Mr. S. Panousopoulos offers the Abbot, books for the monastery’s library and presents an honorary plaque to the Patriarch of the Coptics, Senounta, received by a representative. It is noteworthy that the Patriarch of the Copts was a monk in the monastery we visited.

The “Universal Hellenism” Program has begun the organization for business forums for the first time in the Mission in South Africa and has been successfully pursuing similar efforts that stimulate the relations of the Greeks with metropolitan Greece.

In the first part of the forum, after welcoming the “Ecumenical Hellenism” team in Alexandria, and acknowledging their efforts to strengthen the business relations between the dispersed Greeks and the community of Greece, the following individuals spoke: The Beatitude Patriarch of Alexandria and All Africa Peter the 6th, the Deputy Chairman of SAE. Mr. StefanosTamvakis, the President of the Chamber of Commerce of Alexandria Mr. V. Vafiadis, the President of the Hellenic Community of Alexandria Mr. H. Katsibris and the General Counsel of Greece Ms. Konstantina  Athanasiadou. On behalf of the Mission, the President of the “Ecumenical Hellenism” program Mr. S. Panousopoulos, Professor Athanasios Agelopoulos and the representative MP of New Democracy Mr. K. Karras replied.

The presentation of the investment opportunities in Egypt was made in an excellent and detailed manner by: Mr. Vyronas Vafiadis, Mr. Christos Kavalis, President of the Greek Community of Cairo and the commercial successors of Cairo and Alexandria. Then followed a cocktail in the Chamber of Commerce, where the businessmen of the Mission with the Egyptian entrepreneurs laid the foundations for cooperation agreements.