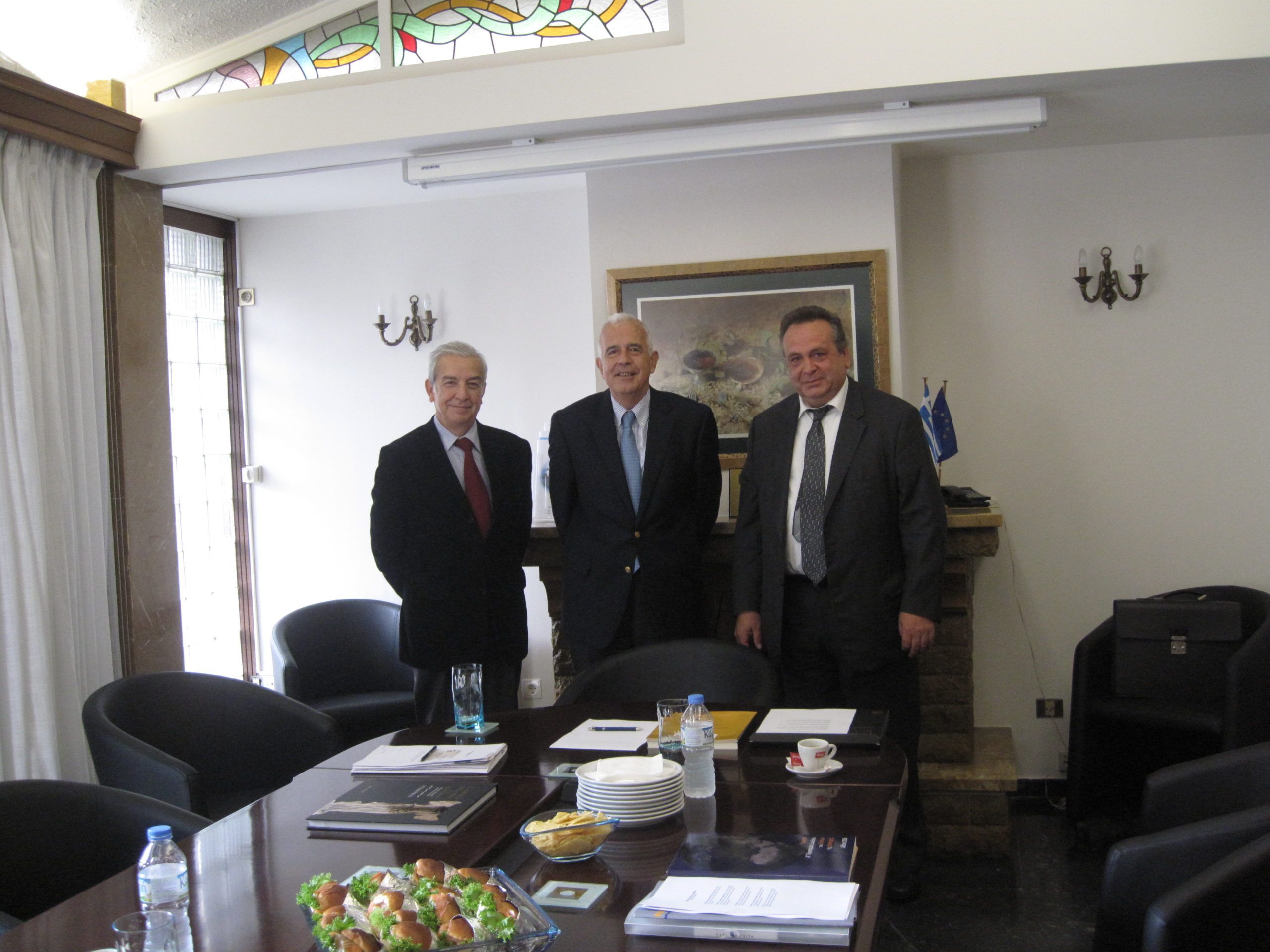 The meeting between the President of the Hellenic Federation of Food Industries (ΣΒΒΤ)Mr. Evangelos Kalousis and the President of the Foundation of Ecumenical Hellenism, Mr. Stavros Panousopoulos on the occasion of the World Business Conference “Meeting of Greek Entrepreneurs of the 5 Continents – Collaboration, Development, Investment”, was completed successfully.

At the meeting, also attended by the general secretary of SEVT, Mr. Zafiris, Mr. Kalousis referred to the fact that, alongside the strict measures for the consolidation of our country’s financial problems, the economy and businesses need to work, to invest, to produce products and services, to export and of course to continue to work and offer to the Greek economy. At the same time, Mr. Kalousis pointed out that the Greek Food Industry is a dynamic industry that manages and tackles the crisis vigorously, produces, invests, promotes exports, employs a large part of workforce and plays an important role in development.