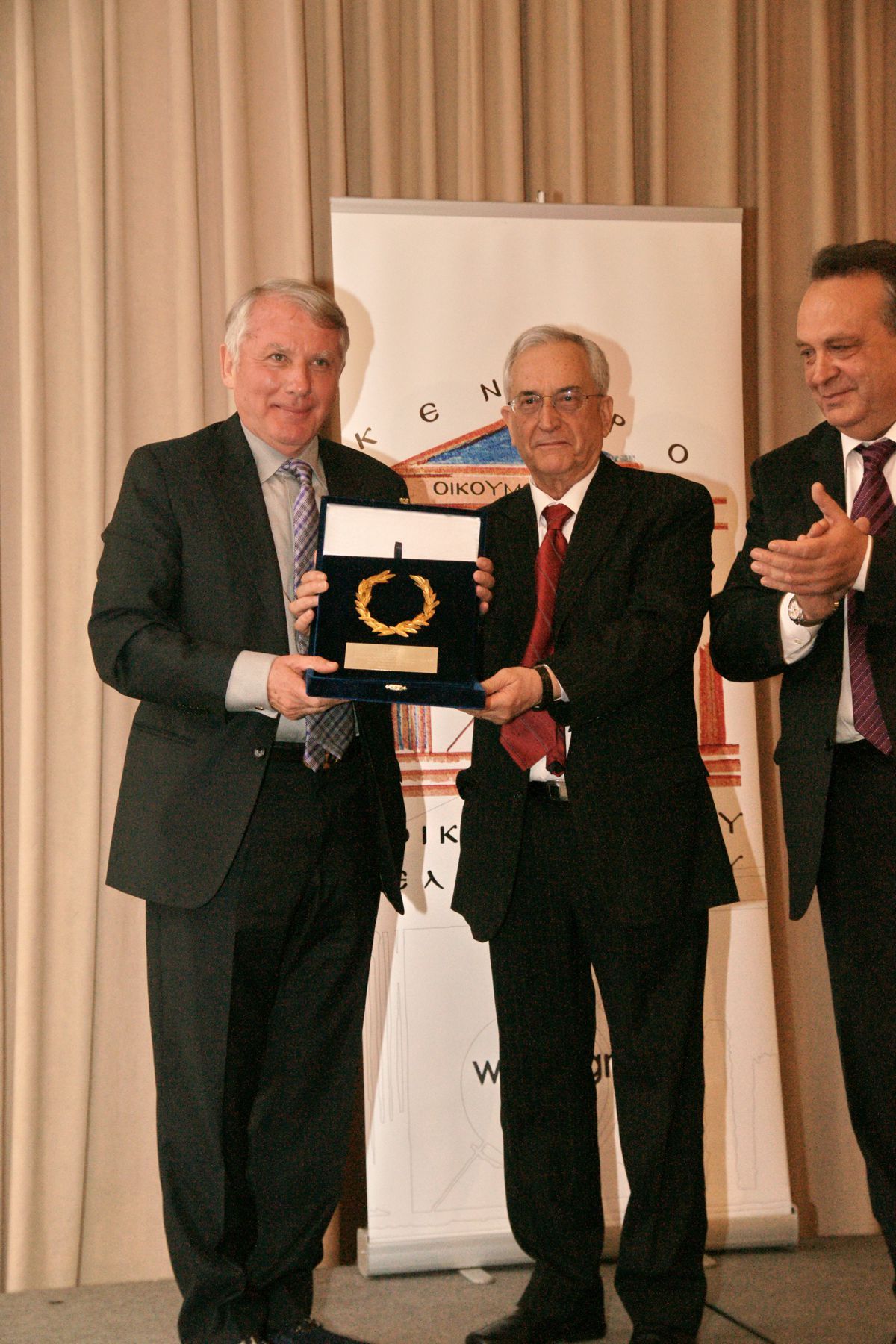 Event at the Hilton Hotel – Athens

The event “Greece will never die” of the FOUNDATION OF ECUMENICAL HELLENISM, with the blessing of the Archbishop of Athens and All Greece, Mr. Ieronimos, was held with great success on the 19th of March 2012 in the TERPSICHORI Hall of the Athens HILTON.

During the event, which presented the work of our foundation’s 16 most recent years, Greek personalities were awarded for their contribution to Science, Culture and Arts, such as:

The feeling we got is that the Greeks, understanding the problems we are experiencing due to the unpleasant economic circumstances of the country, now and more than ever, have to join forces so that “Greece will never …….. die. ”

President Stavros Panousopoulos, in his speech, pointed out:

“As we survived the four hundred years of Turkish slavery, as we overtook the speech of Harilaos Trikoupis ‘we sadly went bankrupted’, as we endured the twentieth century with two world wars, with Balkan conflicts, with German occupation and civil war, that is how we will survive today. This is for sure!

We are co-responsible for all. Both good and bad. It is up to us to overthrow this pessimistic climate and the occupational conditions we are experiencing now.