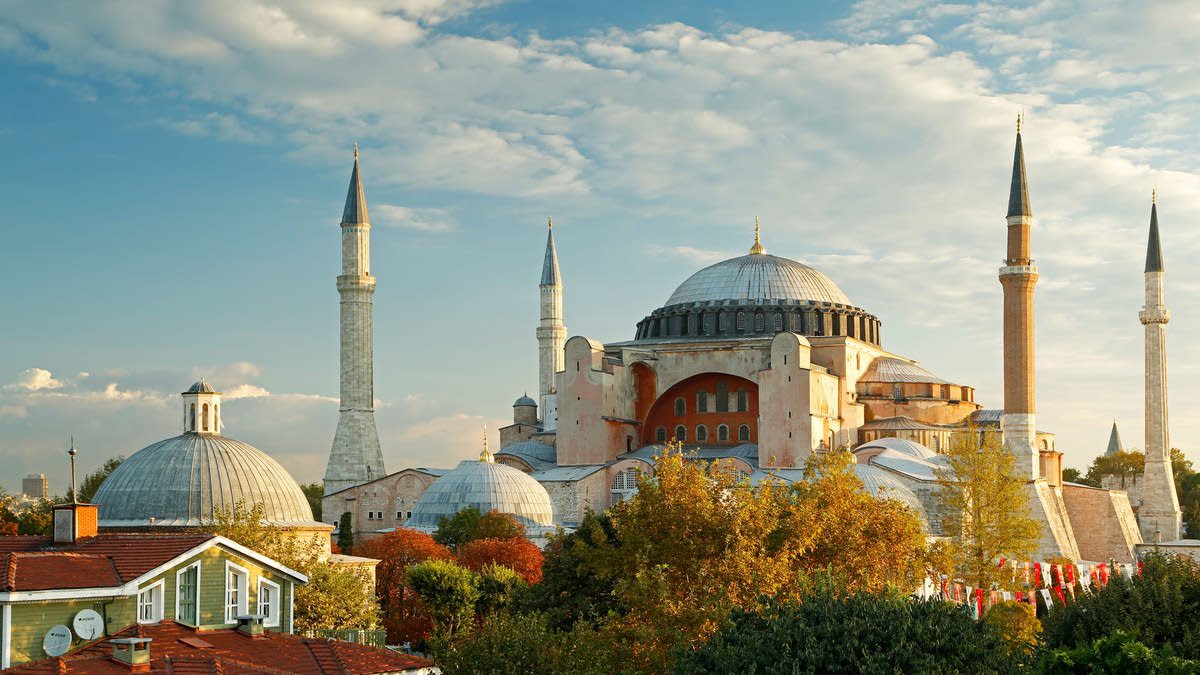 Hagia Sophia! The “great Monastery”! Rooted deep in the soul of the Greek tο his marrow. Not only (for him) though. For all Christianity, it is the centre of their faith, as it was built by (the emperor) Justinian, before the Schism of the Churches. How many myths and legends exist about Hagia Sophia, its Holy Alter, that all Christianity knows well! For anyone who visits Constantinople, either being a Christian or even a Muslim, his first pilgrimage would be tο this emblem.

We, nearly every year, visited Hagia Sophia with numerous missions! I remember the time when we attempted a cultural landing on the coast of Asia Minor with a cruise ship, the moment when 600 Greeks spread on this sacred place, each of them trying to read, to look and to discover its myths and legends, but its holiness too.

So, Erdogan uses this symbol now, in order to realize his sinister and perverted thoughts. However, the weight of Hagia Sophia is such, that he doesn’t dare to convert it exclusively to a mosque. So, addressing himself not only to the interior of his country, but to all the Μuslim people, as he wishes to show that he is their “father” and that he is able to represent the vision that the Muslims have about the conquest of the West, but in reality fearing the West, he doesn’t complete the transformation to a mosque. That is, he doesn’t smudge the icons, he doesn’t transform the building, but he hangs curtains and carpets during the long prayers and he permits visits by the Christians. You see, the power of this holy building is such that it doesn’t allow even him to bypass it.

I, personally, didn’t worry. However, I was outraged with the western world, the civilized world, that, lost in their riches and well-being, didn’t react as they ought to and should, about this matter. You see, whereas Muslims live with the expectation of population leveling of the planet, the western people live without any visions and ideals. The western people were always inactive at the breastwork of Hellenism. We don’t forget the Conquest of Constantinople by the Crusaders in 1204, but even more we don’t forget their complete lack of action during the Fall of Costantinople in 1453 by Muhammad the Conqueror.

People, be on the alert! However, what people are we talking about? Those who have lost their relation with the family? Those who no longer give birth to many children, as they don’t look forward to the future and the 1-2 they give birth to, they kick away when they become 18 years old, in order not to obstruct their personal life, so that they cover only their own existential gap?

By each bell there is a priest, by each priest a deacon.

And we, the Greeks, will always be crooning, however romantic and unbelievable, as it may be for our days… “be silent, our Virgin Mary, and don’t tear a lot, as, after many years and times, these places will be ours again”.