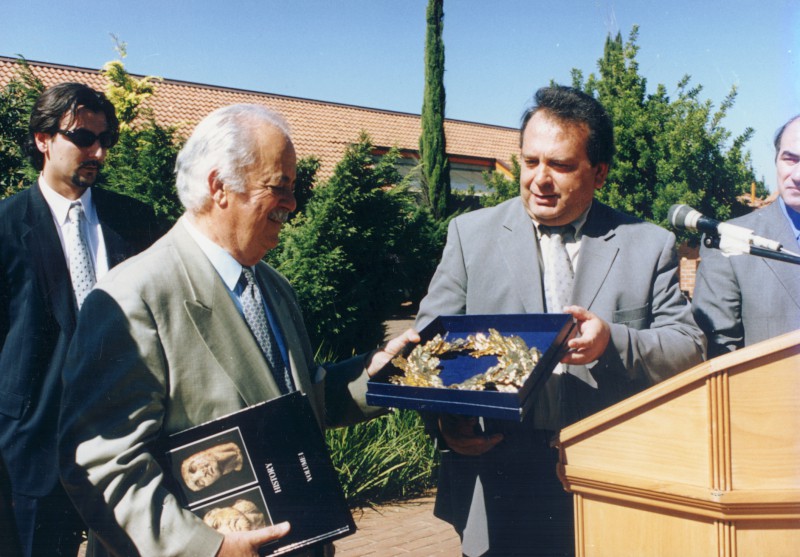 At the school of race Saheti in S. Africa, that we visited in 2001 with a great mission of the Ecumenical Hellenism, I met George Bizos, to whom we administered the Golden Wreath of Ecumenical Hellenism as a representative, lawyer of Nelson Mandela. He cried with us not only because he is a Messenian, but as he is also a Greek peer of dispersion, as in his face we saw the 8.000.000 Greeks, who live scattered at all points of the planet.

From up there he will be able to see the seed he planted to thrive, as he left behind him mighty Greek students.

So, my condolences, not only to his family, but to the whole of Hellenism!