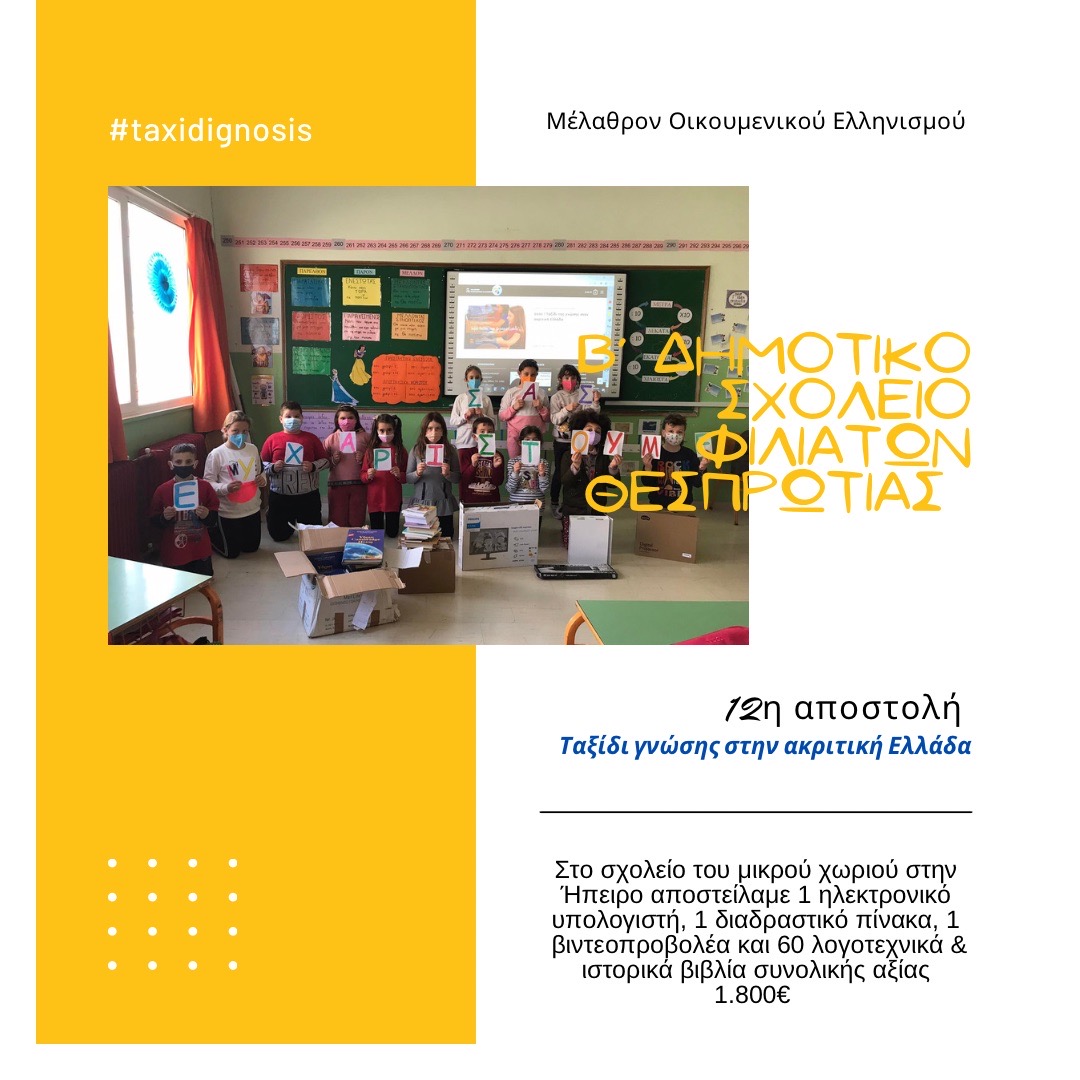 We strongly support public education in the outermost areas!

A few words about the Municipality of Filiates

Among the Kalamas river, the Mourgana mountain, and the Greek-Albanian borders there is the Filiates area, center of which is the town of Filiates. The Town of Filiates is located 17km northeast of Igoumenitsa. It is the base of the Municipality of the same name and has over 3,000 residents.

To this day, the modern in terms of infrastructure town of Filiates has been a center of development for the, extended sine 1998, Municipality of Filiates, since it gathers all the services of the area; administration, military, financial, educational, nursing.

In the town of Filiates, a visitor can see and admire its charming city planning, as well as buildings with unique architectural elements. The biggest part of the organized urban capacity has been developed in the hills surrounding the city center. The town consists of wider or narrower streets with snake-like alignments, local widenings, and dead-ends, in small, big, and uneven building islets. The current shape of the town as it has been planned, at least at the center, is pretty much the result of a combination between buildings from the times Ottoman Rule and the unique geomorphology of the ground.

The 42 Local Districts of which the Municipality of Filiates is consisted of to this day are located scarcely in an area characterized by rich geographical dismemberment, rivers, mountains, creeks, and little valleys which in combination with the man-made environment (cloisters, bridges, traditional settlements) can conclude to a very interesting destination for visitors. The five traditional settlements (Giromeri, Foiniki, Faneromeni, Plaisio, and Kamytziani) have a special place in the area as samples of traditional architecture, but so do many other areas that have been deemed as Natura Locations and Landscapes of Special Natural Beauty. The Holy Cloisters are also very interesting with the Holy Cloister of Giromeri amongst them to be the greatest. It is devoted to the Assumption of Mary and has been, during the Ottoman Rule a source of light for the greatest area.

A few words about the 2nd Elementary School of Filiates

The 2nd Elementary School of Filiates is one of the two elementary schools of the town. It operates as a six-class elementary school, with 13 teachers of various specialties (teachers, special education teachers, and teacher of specialties: computer science, foreign languages, physical education, music, etc.), and 74 students. The students of the school reside both in Filiates and in nearby villages. The school runs an all-day program and implements a board program called “School Meals”.

The school participates and has been awarded in national programs and competitions, such as the Panhellenic Competition of Educational Robotics, the Science Competition “Aristotle” and the Mathematics Competition “Game and Math” of the Greek Mathematical Association. Moreover, the students have taken place in an E-Twinning program under the title “Together in Concert” in collaboration with the Philharmonic Orchestra of the Municipality of Filiates. The school aims at implementing and participating in innovative educational programs which aim at the promotion of knowledge and the expansion of the students’ interests, outside of the basic curriculum of the school. The principal and the teachers of the school are experienced and certified. Most of them speak the English language and are IT literate. Therefore, they are in place to support the implementation of educational programs in collaboration with schools from foreign countries.

The Ecumenical Hellenism Foundation implemented the seventh shipment to the faraway school of the Thesprotia District Unit. Specifically, it sent:

The total value of the material sent amounts to 1,800 euros.

For the purchase of the items sent we specially thank the companies Charalambos & Elena Pattihis Foundation, Thas Mar Shipping Co Ltd for their kind donation, as well as the Ecumenical Hellenism Foundation’s supporters.