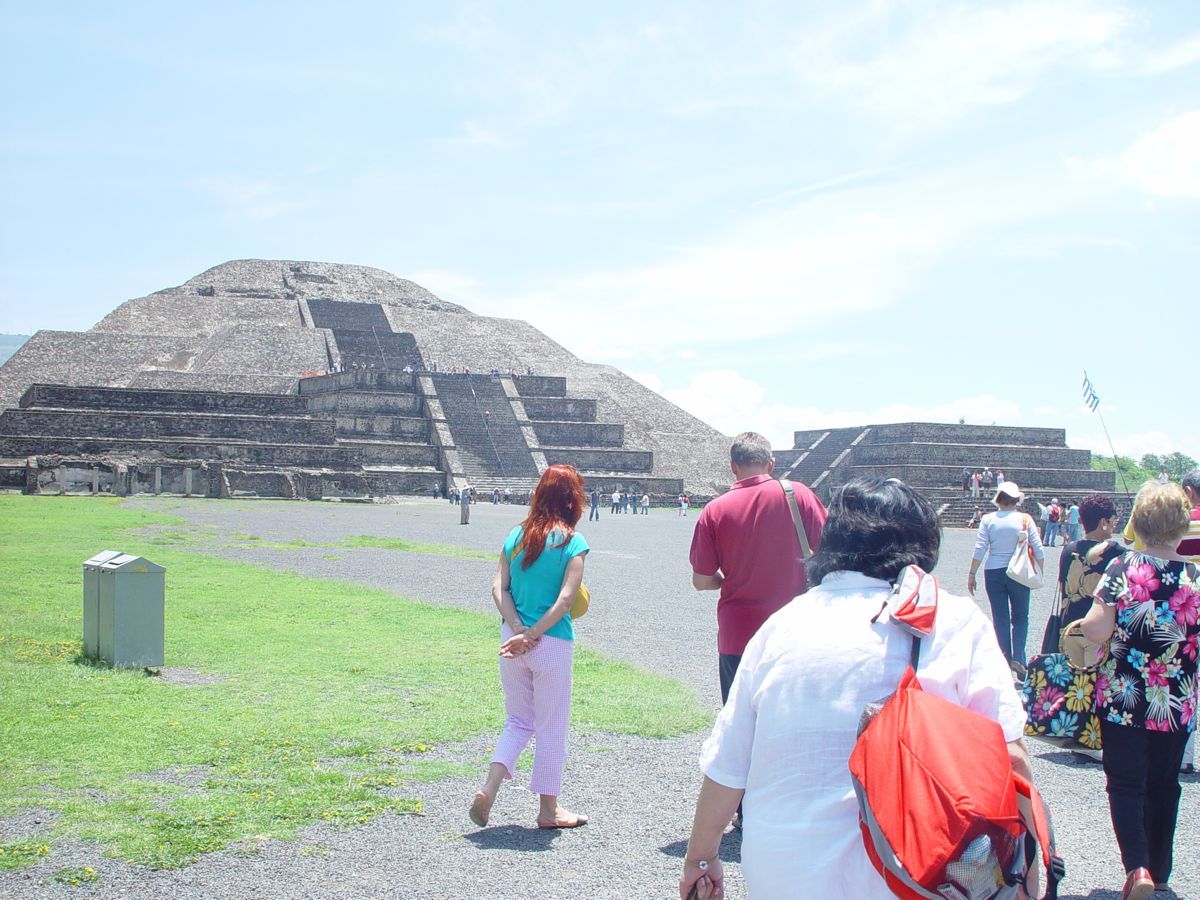 From our visit to the historical monuments of Mexico

Meeting the culture of the Aztecs, the Mayans, the Zapotecs, the Miletus and the Toltecs and the forgotten Greeks.
50 of our members participated.

After the necessary consultations with the Presidents of the three Communities, Vas. Karamanou of the Kouliakan community, Pan. Lambrou of the Guadalajara community and particularly, Eleni Stamatiadou of the Central Community of the City of Mexico, we decided to hold an event at the Community Center of Mexico, where representatives of the other Communities would also be present. The event took place under the general coordination of President Eleni Stamatiadou, on Saturday, July 7th, 5 – 8 pm, at the Community Center, which is located in one of the most prestigious and safe neighborhoods of Mexico City, Saratoga.

Our Mission (45 people total) was welcomed at the entrance of the Community Center by President Stamatiadou and the clergy Joseph and Athanasios, who represented the  Archbishop of Mexico and Panama Athenagoras, who was absent at the time for his co-operative duties in Constantinople. Our mission was led to the central room, where almost 100 members were awaiting and a vibrant emotional atmosphere was created from the very beginning.
The event’s program, under the organization and coordination of Prof. Athanasios Agelopoulos, started with the team’s welcoming by the President of the Community Mr. Stamatiadou, who, in a buzzing and trembling voice, expressed her emotions evolving the visit to the Community of such s large mission. She confessed to us, her pride for her Greek origins and the great effort it takes to preserve in this very distant country of Mexico the Greek culture and the Greek presence.
Representing the “Ecumenical Hellenism” Program’s mission in Mexico, Prof. Athanasios Agelopoulos explained to the audience the philosophy and the objectives of the Program, which is based entirely on private initiative. One of them is the direct communication with the dispersed Greeks of the world. Having conveyed the warm greetings of the President of the Program Mr. Stavros Panousopoulos, who due to force majeure was unable to accompany the Mission, Mr. Agelopoulos read a written message from the President of the Special Permanent Committee of Hellenes Abroad of the Hellenic Parliament, Mr. Evgenios Haitidis, which he after handed over to the President for publication in the press and briefing of the Homogeneity.
Then Mr. Agelopoulos presented to Mrs. Stamatiadou, a memorial plaque, a gesture of honor and gratitude of the program “Ecumenical Hellenism” towards her and throughout the Hellenes Abroad for their love, preservation and promotion of the Greek idea and presence in the country of Mexico. A commemorative plaque was also given to the Ambassador of Greece in Mexico, who was absent at the time in Panama and represented at the event by a member of the Consul.
The first part of the event was completed with brief greetings to the Hellenes Abroad by members of the Mission, representing the self-governing, entrepreneurial, intellectual and educational sector of Greece.
During the second part of the event, we awarded Greek flags, two hundred in number, to the President and the dispersed Hellenes present. The atmosphere was particularly emotional as our Greeks embraced and grasped the Greek flag with tears, considering our offer as a small acknowledgment of the retention in this distant country of the roots of our Greek Orthodox tradition. Our program honored the two native clergies Joseph (from Colombia) and Athanasius (from Cuba), who honor Orthodoxy and the Greek Spirit.
Finally, we offered a flag to each child, boy and girl who danced for the event, dressed in traditional uniforms. It is indicative to say that these young people, as they wore the Greek flag on their neck, kissed it, embraced it with tears in their eyes and applause, which together with the applause of the audience, waved the hall.

After the dance events, our program has been offered prizes for its publishing activity. In particular, volumes of Alexander the Great,  Macedonia (History, Archeology, Culture), Holy Pilgrimages-Towers of Orthodoxy, and the magazine “Ecumenical Hellenism” 5 + 1, all in many copies for the Community libraries, the Schools and the Churches, at the President’s discretion, along with a number of flags.
A reception followed from the Community towards the members of the Mission and the dispersed Hellenes with local, Mexican-style dishes.