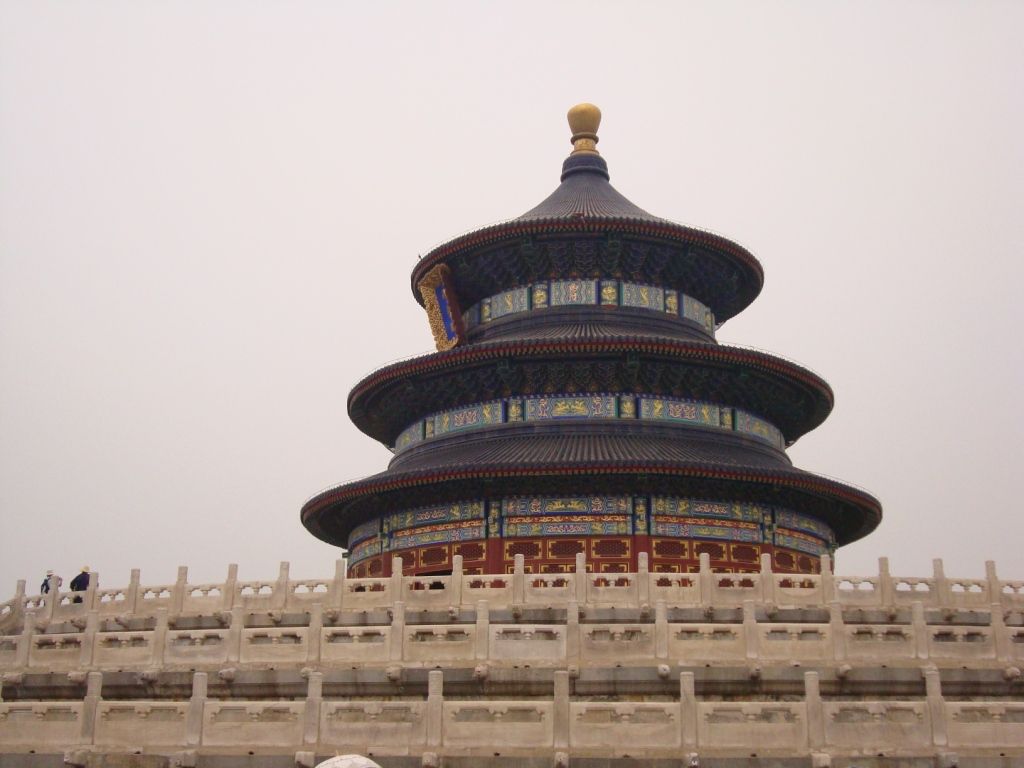 a) The contact of Greek and Chinese culture was the main banner-goal of the mission. This goal would be accomplished with the following actions:

2) With the contact and cohesion to Chinese everyday life. This is the reason the mission used all means of transportation along with plains of course, trains, ships, buses and bicycles. Many meetings and acquaintances took place between our journeys with Chinese people. Our mission was large and attracted the interest of the locals because of the differences between Greek and Chinese culture. They communicated in English, of course, the language that most young people spoke.

b) Our second goal was to visit Greek connected Institutes and people such as: the Hellenic Embassy in Beijing, the University of Beijing with the department of Greek studies, the Sacred Metropolis of Hong Kong and Far East and the friends of the program (businessmen and scientists, who work in China). They all received several publications of the Ecumenical Hellenism Program in Greek and English.

a) Monuments of Chinese culture and

b) The everyday rhythm of traditional and modern Chinese life.

From Chinese every day life:

1) The “ancient element of Chinese and Greek culture” was the main spot of communication between our team and the Chinese people, especially the young ones. The fact is not superficial but connected to the Chinese conscience. This is the main explanation for the warm gestures and words our team received from Chinese people in every place during our stay in China. They surprised us with their friendly behavior, which was based on our common element: the ancient character of our cultures.

2) The fact above was even more intense because of the Olympic Games of Athens and Beijing.

3) The last official visit of the President of China to Greece in autumn 2008 where he visited Knossos in Crete and many other important monuments and was mentioned a lot on the Chinese TV and newspapers persuaded the Chinese even more, about all the commons which connect Chinese to Greek people. Both of these countries share a long history.

4) This fact leads to a spiritual and cultural cooperation between China and Greece and opens the way to an international, commercial, political, tourist connection.

5) After all these matters mentioned above, we believe that Greek people can happily exist, with respect, in this huge country of 1,5 billion people! The development of China is a fact! Even more, nor the USA, Russia or Europe can program their tactics or politics without China! China has a great, moving and developing potential.

b) For the matter of Hellenic Orthodoxy in China:

1) The existence of the House of Missionary Metropolis in Hong Kong is a permanent positive fact on its own, even though the Hellenic Orthodox Church is at its birth there. Even more we have to consider that Chinese people have a historical problem with colonialism, which Christians of the west used. The east Christian Orthodox Church has nothing to do with political or religious colonialism. The total philhellenic climate in China, in combination with the common ancient monuments of culture and religion give us certain hopes for successful results.

2) The religious background and the fixed mentality of Buddhism, Confucianism, Taoism and ancestor worship do not allow immediate results.  It has to be mentioned that in China, 50% are Buddhists, 30% Confucianists and Taoists and the 20% are adherent to ancestor worship, atheists and syncretism believers. The presence of Islam is lower than 0,5%, but growing. We cannot talk  for the percentage of Christians. Some thousands of people are Roman Catholics or Protestants and some hundreds are Orthodox.

3) The crucial necessity of the Missionary Metropolis of Hong Kong and the Far East is the reinforcement of the number of people working there and the permanent assets.

4) We have to add here the urgent need to have a decent privately owned house for the Metropolis. A Greek businessman has offered a house, where the temple and some other activities are lodged and although this is an action of great hospitality and love, it is not a permanent and decent solution.

5) The Church of Greece, this “unending tank” of people and other means, is supporting the Orthodox Mission round the world, in Alexandria and Constantinople, Latin America and the Far East. Likewise, they could help in the reinforcement of Orthodox Religion in China. The Greek state could also be helpful in this effort. We have to mention that the promotion of Hellenic Orthodox in the Far East could serve many interests of Greek politics in the area too.

6) Of course, the business world, the private initiative, can also contribute to this, as it has done in many cases. We should mention here, the historical role of merchants in Christianization and civilization of the Slavs and non Slavs in the Byzantium. The state cooperated with the Church in this specific case and the profits of cooperating like these are always expected in the long run.

7) In any case, the presence of the Ambassador Theodoros Georgakellos, a man with rare virtues and a burning spirit, in Beijing, in cooperation with the new Metropolitan of Hong Kong and the Far East Nektarios, may lead slowly but surely to great actions, with the help of the center, of course.

8) This article will reveal an absurdity to people who work in foreign policy, in relation to Macedonian – Skopje issues: In Pictures exhibited in the Museum at the Temple of Heaven, there is a picture of the President of Skopje, Trajkovski, mentioned as “President of Democracy of Macedonia”! All the Chinese who visit this monument get the wrong information about the name of the state.