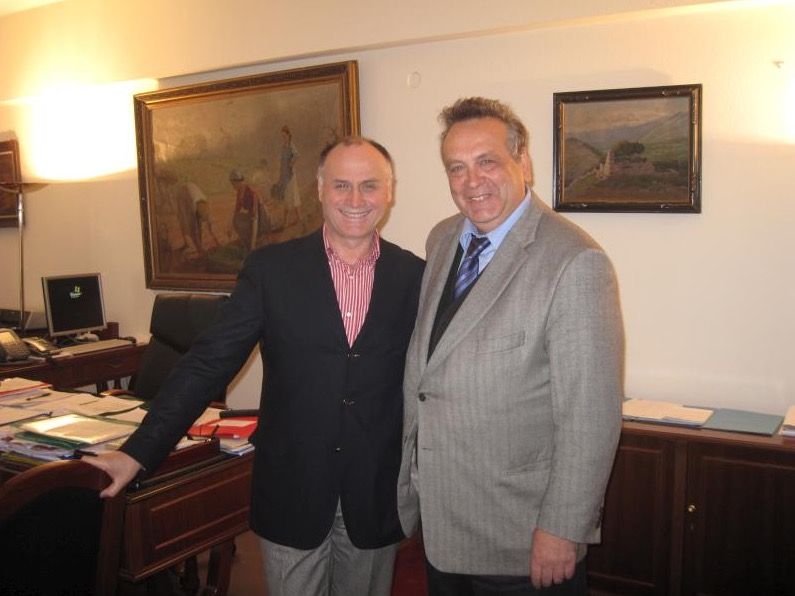 In his office on the 2nd Aharnon Street on Tuesday, March 1st 2011, the Secretary General of the Ministry of Rural Development Georgios Kanellopoulos welcomed the President of the Foundation of Ecumenical Hellenism, Stavros Panousopoulos.

As High school friends and classmates, they had much to say but due to limited time, the issue that was discussed was the Worldwide Business Conference organized by the Foundation in Athens on August the 7th, 9th, 10th 2011.

The Secretary called the realization of this Congress a “big issue”, especially if it is a success, which he considers given, knowing well the actions of the Foundation. He made suggestions and expressed thoughts and views very pioneering for the successful organization of the Conference, when stressing, that this time is exactly the time Greece need such initiatives.

The President thanked him, having listened to him with great attention, and stressed his joy about the fact that such an honest and pure man is in such a key position and left all odds open for the communication and cooperation for the success of the Conference.