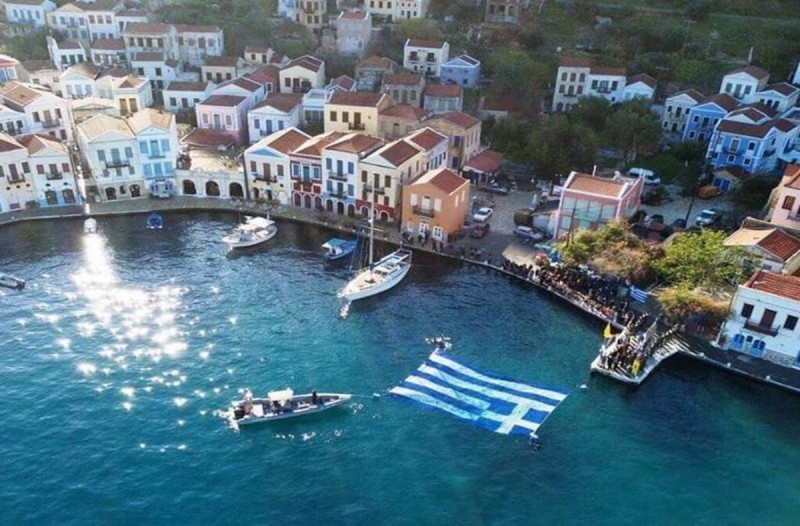 I got outraged by seeing what took place at Hagia Sophia the day before!

Ι picked up courage somewhat with the world wide outcry against the sultan Erdogan, the father of the Muslim world, who aspires to be either Μehmed II the Conqueror or Suleiman the Magnificent, who brings out in the Aegean his fleet and attempts to scare the planet!

However, he doesn’t dare to bring his ships in the Greek continental shelf, but he acts the role of the bully, for local consumption within his country, transforming Hagia Sophia to a mosque. The reason that he doesn’t dare cause an episode in the Aegean is that he knows that he will fail miserably, as it happened also at Evros a few months earlier. Opposite him he has a Greek Prime-minister, who managed to gather the whole of Europe – as it was obvious during the recent Summit of the E.U. – and Greece will no longer be alone at a possible Turkish attack. All the civilized world will be near her.

The intensifying demonstration of power of Erdogan is addressed only to the Muslim world and not to the rest of us. However, provocations and threats should stop sometime, because patience also has its limits. None of us is warlike, we all have children that in a possible conflict would be involved, but this “Turkish fiesta” should immediately have an end.

The provoking behavior of Erdogan grew gigantic the last years, because of the inertia of the western world. He sent refugees and immigrants to Evros, converted Hagia Sophia to a mosque and threatens to invade hellenic territory through the Aegean. However, Greece and Europe no longer face him passively and they answer as befits him. As during the Revolution of 1821 the holocausts of Greeks led to the upheaval of the whole of Europe, in the same way now too, the saintly wind of Hagia Sophia “wakes up” the souls of Greeks and of all the civilized world.