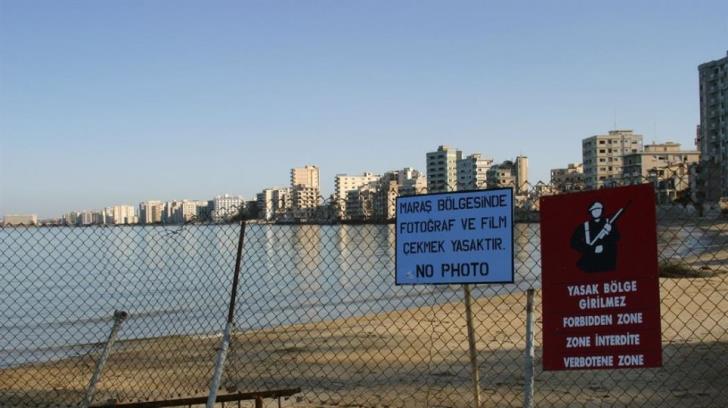 Already since last summer, according to information from valid Cypriot and international information media, Turkey is attempting to launch plans of settlement in Ammochostos. Turkey has tried again in the past to implement these plans, chiefly in order to use them as a pressure lever on the international community, in order to succeed in her various other claims.

Ammochostos, the phantom-city, the city from which the Helleno-cypriots were forcibly expelled in 1974, leaving behind them their properties, their efforts and their memories, which passed from one generation to the next, is a neutral zone. It is prohibited for the Hellenocypriots to return to their homes and Ammochostos is guarded by the Turkish army. The enclosed city of Ammochostos with the rotten ghost-buildings, untill 1974 was a jewel of the Mediterranean, flourishing financially and socially and attracting visitors from all the world.

The issue of Ammochostos, which, as Ecumenical Hellenic Foundation, we have highlighted and aim to highlight internationally during the next year, even more loudly, is the shame and the failure of the international community. After so many years, no solution has been found and the problem has perpetuated, along with the one of Cyprus as a total. Today, Turkey attempts once more to provoke and plans the settlement of Ammochostos without any negotiation with the Cyprian Democracy or the international community – as she usually does -.

Against this new provocation, we stand by our compatriots in Cyprus and we join our voices with theirs in the direction of finding a just solution from all the factors involved and we request the final solution of the issue of Ammochostos, which continues to be a wound in the soul of Hellenism within and outside Greece and Cyprus.