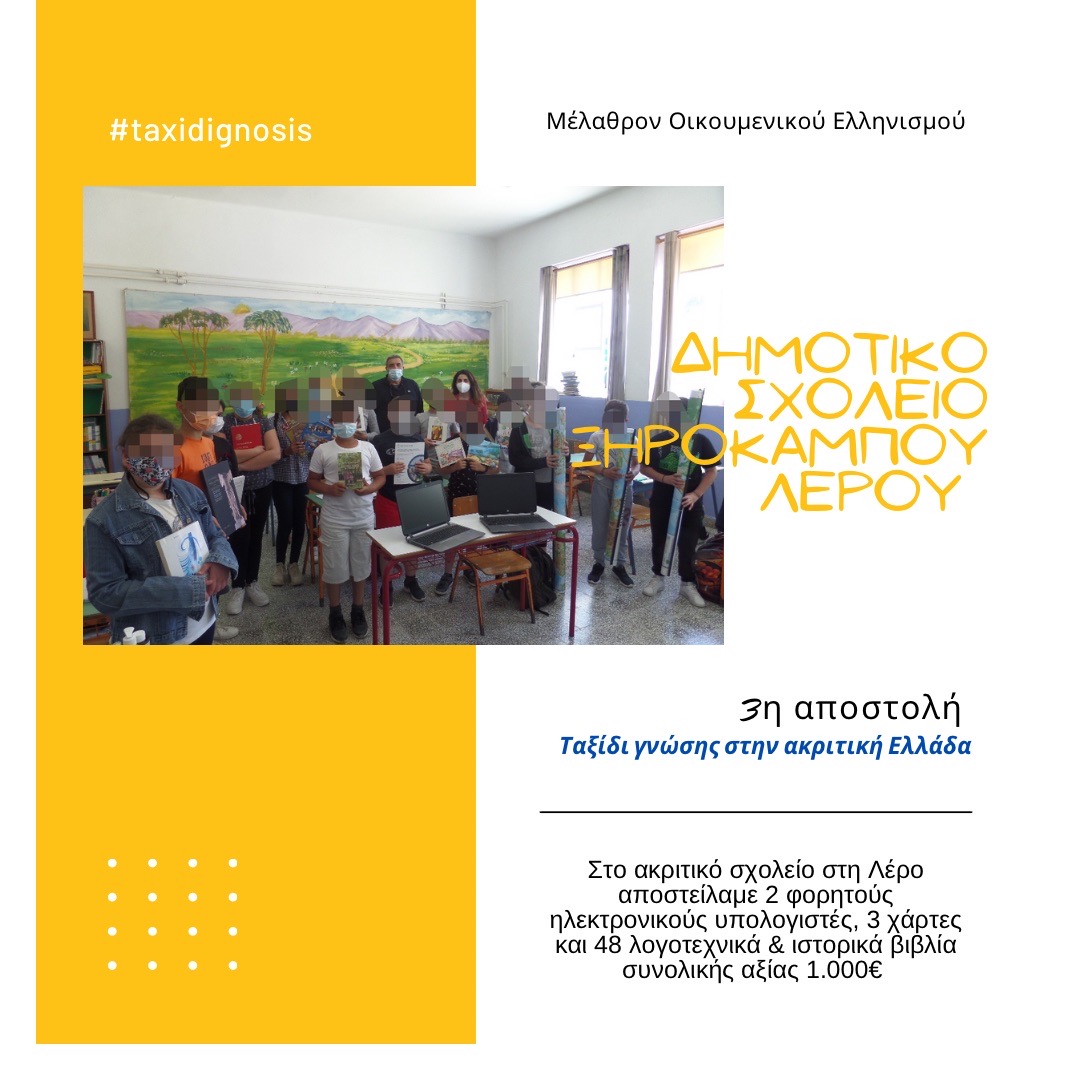 The Journey of Knowledge in the Outermost Regions of Greece this time arrives at Leros!

A Few Words about Xerokampos of Leros

The village of Xerokampos, which is located at the southern edge of Leros, is hosted at a small, fertile valley between the mountains Skoubarda and Tsigouna. According to the 2011 census, the village counts approximately 520 residents. The patron saint is Saint Fanourios, and Panayia (Virgin Mary) Kavouradena is their unique attraction. Picturesque taverns close to the beach welcome many visitors each year. The school of 50 students, which was built on a mound, is situated at the center of the village,.

The residents of the village are mostly municipality employees and fishermen. Close to the central beach one can find an athletic and a football field.

In the spring, the locals say that the village does not match its name at all (Xerokampos = dry land). There are yards rich with beautiful flowers in bloom everywhere, and special smells from the gardens accompany the passengers in every step they take.

A few words about the Elementary School of Xerokampos

The two-class Elementary School of Xerokampos, Leros, was founded on October 15, 1950. From the academic year 1950-1951 to the academic year 1960-1961 it was housed at the Roussou building close to Saint Vlassis church. The school authority of Leros decided with its No. 64/1959 Act to allocate a fund of 140.000 drachmas for the construction and completion of a school.

The fund was donated by the Theologos Markopoulos bequest after the approval by the Ministry of Finance. The land where the school was constructed at belonged to the state. It was acquired thanks to the school authority activity. The school authority of the Elementary School of Xerokampos with the 13/11-11-1961 Act declared unanimously the late Theologos Markopoulos “great benefactor”, since it was part of his fortune that the amount was donated from for the foundation of the school, and hence the school was named after him, “Markopouleio Elementary School”.

From 1961 until today many construction works have been done at the school. New classrooms have been added and apart from the main classrooms there is a computer lab and a crafts and theatrical education room. The school started as a two-class establishment and reached a six-class operation. The academic year 2020-2021 it operates as a five-class elementary.

Numerous programs of Health Education, Culture, etc. are included in the school’s track record, as well as a school garden and programs with innovative subjects, like nutritional habits and the environment.

The school has also adopted a beach which teachers and students alike look after, year after year; it runs a afforestation group, takes part at the recycling of plastic and batteries initiative, and more.

It also has a respectful library of approximately 1,500 book titles, which operates as circulating for students and parents.

The Ecumenical Hellenism Foundation, thanks to the financial aid of its supporters, as well as the succor of Intrasoft, implemented the third shipment to the faraway school of Leros and, namely, it sent:

The total value of the material sent to the school amounts to 1,000 euros.

This is how we, at the Ecumenical Hellenism Foundation, envision Greece of the 21st century 200 years after the Greek War of Independence. Together with all of you, we give a push to knowledge, we support the new generations in order to make valuable citizens of our country’s future, and we set the example of effective solidarity and social sensitivity for the prosperity of our homeland.

We would like to express our gratitude to you for your support of this movement and we invite you to move on with us on its expansion to all the outermost district schools of Greece.