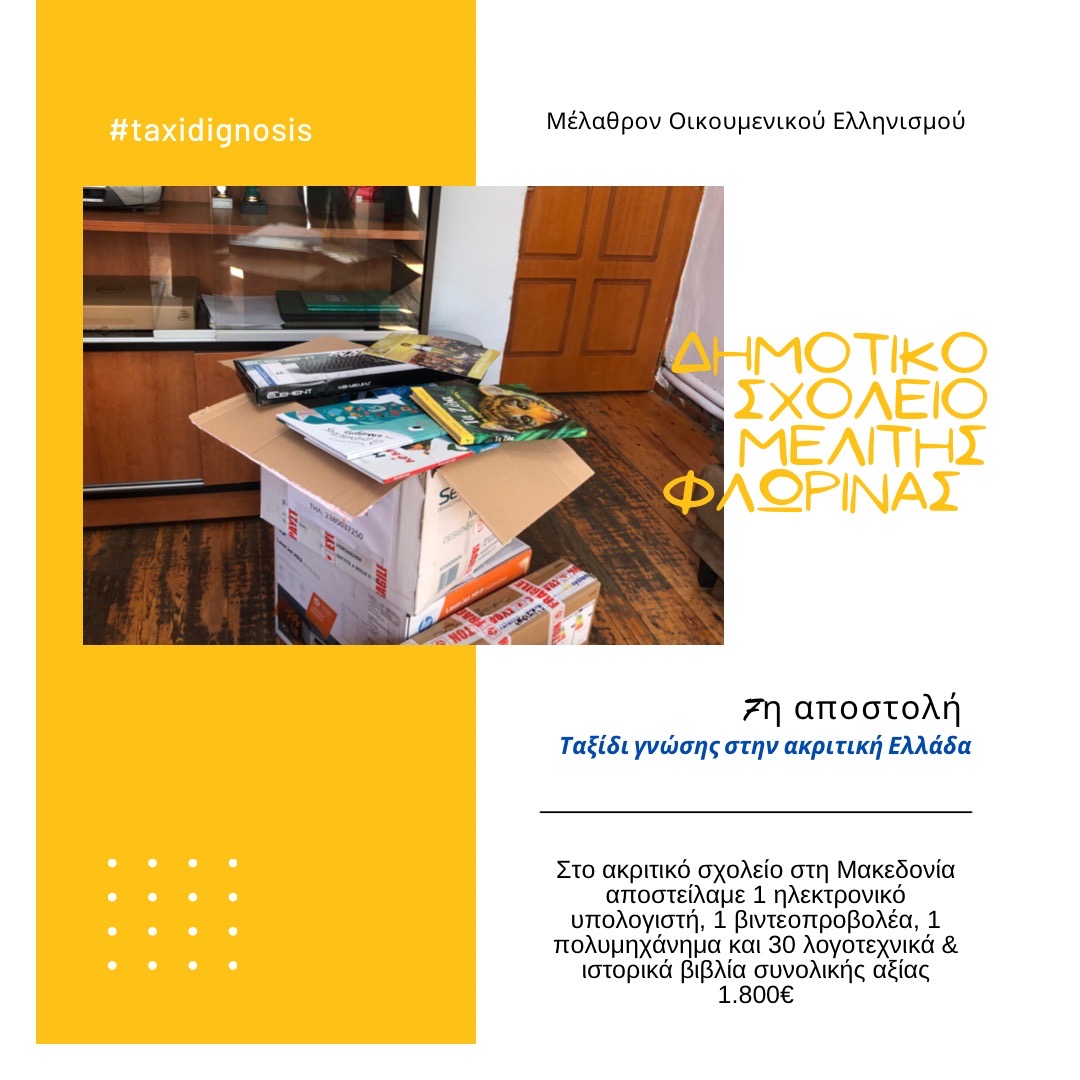 The journey of Knowledge in the Outermost Regions of Greece arrives in Macedonia!

Meliti is built on the west side of the foot of Vora mountain (mountain range on the Greek-North Macedonian borders, sprawled in both countries), the third highest mountain of Greece. It is crossed by Geropotamos river or Starareka which springs in Voras’s top and empties in Sakoulevas (river of Florina) which in turn unites with Erigona and Axios rivers.

In the part, the village had nine water mills of which only one is maintained to this day, the Tartoras water mill. In Melitis, there is the church of Prophet Elias, the Byzantine church of Saint George built on the ruins of Roman baths located on the village’s edge, pointing at the continuance of the town during the Middle Ages. It can be deducted from the few archaeological findings in Meliti (tombs, inscriptions, and coins) that the village existed as a Roman settlement and thermae.

The current name of the town comes from the ancient Greek city of Meliton which, during the Roman era, was a junction in the wider area.

A few words about the Elementary School of Meliti, Florina

The Elementary School of Meliti operates as a six-class facility with plenty of specialties accompanying the main coursework, and as an all-day school where students stay and dine in the premises.

The building of the school is an extended version of the old school of the village which operated since the years 1918-1933. An extension was added to it in order to serve the current needs of the students, and included a dining area, an indoors gym, a science laboratory, an art workshop, and an auditorium for cultural events. The school’s students come only from the village of Meliti.

In the Meliti area operates the K.P.E Meliti (Center of Environmental Education of the Meliti Municipality). The center organizes and carries out programs of environmental education for students of primary and secondary education, as well as educative seminars for teachers and other social groups.

The Principal and the educational staff of the school wrote to us the above: “We are an outermost school, at the beginning and not the ending points of Greece. With an optimistic spirit and zeal for our work, we strive to achieve a high level of education for our students that is not lesser to any of the other schools of the urban areas. Thus, we express our gratitude and our thanks to the Ecumenical Hellenism Foundation for its undivided and generous donation which gives a life’s breath and support to our hard work”.

The Ecumenical Hellenism Foundation implemented the seventh shipment to the faraway school of the Florina District Unit. Specifically, it sent:

The total value of the material sent amounts to 1,800 euros.

For the purchase of the items sent we specially thank the companies Sourotis and Lamar, as well as the Ecumenical Hellenism Foundation’s supporters.