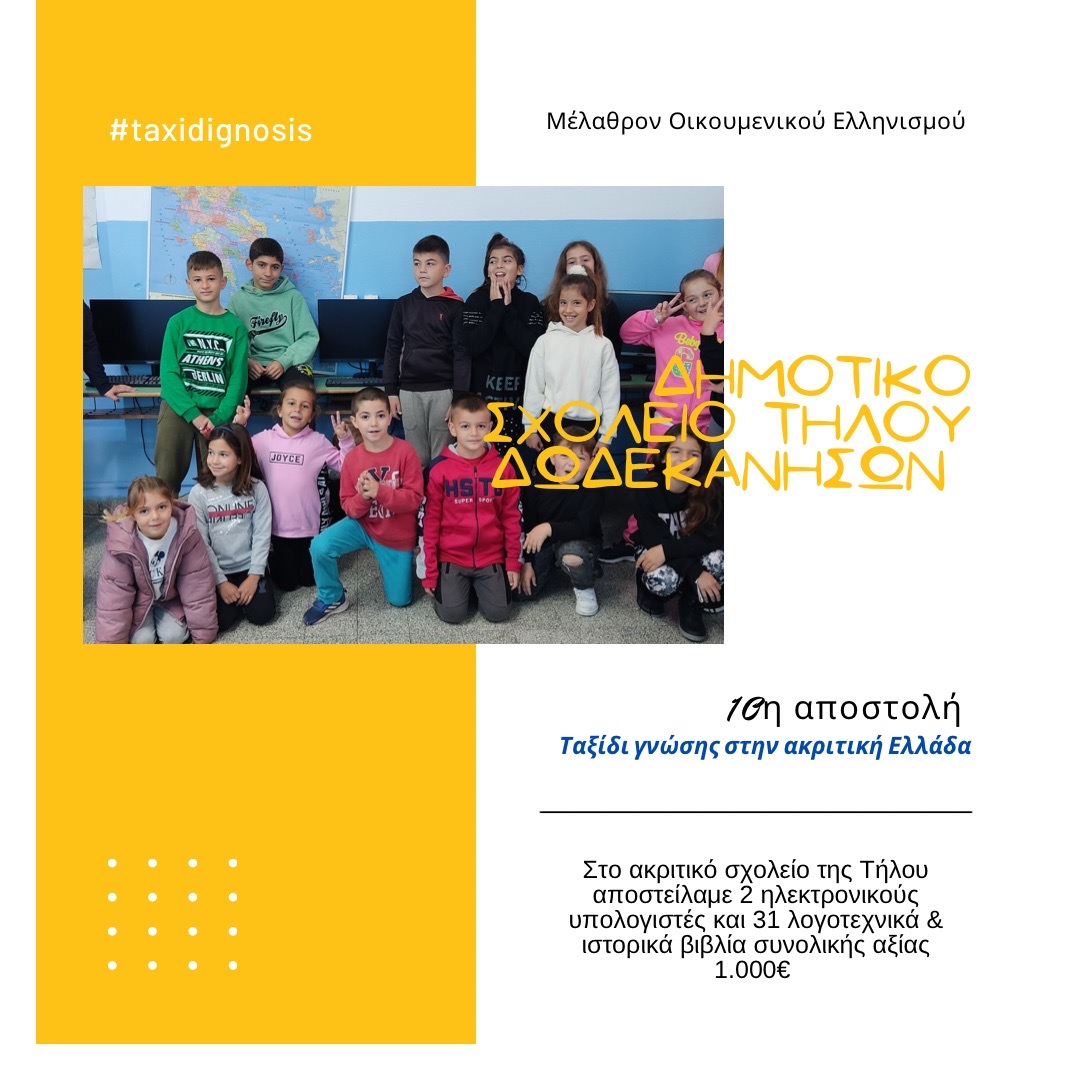 We have completed ten shipments since the beginning of 2021!

A few words about Telos, Dodecanese

Telos is one of the islands of the Dodecanese with only 300 inhabitants. It has three settlements: Livadia, Megalo Chorio, and Saint Antonios. The residents of the island are mostly occupied in tourism, livestock farming, and fishing. The island has many paths, ideal for walking, and many beaches. It is renowned for the pebble beach of Livadia in the north, as well as for the endless, sandy beach of Eristos in the south of the island.

Telos has been inhabited since the Neolithic Age. Plenty of archaeological findings have been discovered in the island, the most impressive and famous of were those of prehistoric dwarf elephants, deer, turtle, and micro mammals. The findings are held in the Paleontological Museum of Telos in Megalo Chorio.

The entire island has been included in the Natura 2000 network, due to the grand variety of plants, flowers, and herbs it has. In Telos one can encounter many rare species of birds, such as Bonelli’s eagle, falcons, nightingales, goldfinches, herons, and bee-eaters.

A few words about the Elementary School of Telos

In the island there is a daycare-nursery, a kindergarten, an elementary school, and a high school. The Elementary School of Telos is located in the Livadia settlement, a few steps from the port of the island. It is a three-class school and 34 students attend its six classes; seven of the 34 are children of refugees coming from various countries (Syria, Sudan, Kongo) who have been welcomed to our island.

The Ecumenical Hellenism Foundation implemented the tenth shipment to the faraway school of Telos. Specifically, it sent:

The total value of the material sent amounts to 1,000 euros.

For the purchase of the items sent we specially thank the companies Sourotis and Spourgitis Transports, as well as the Ecumenical Hellenism Foundation’s supporters.