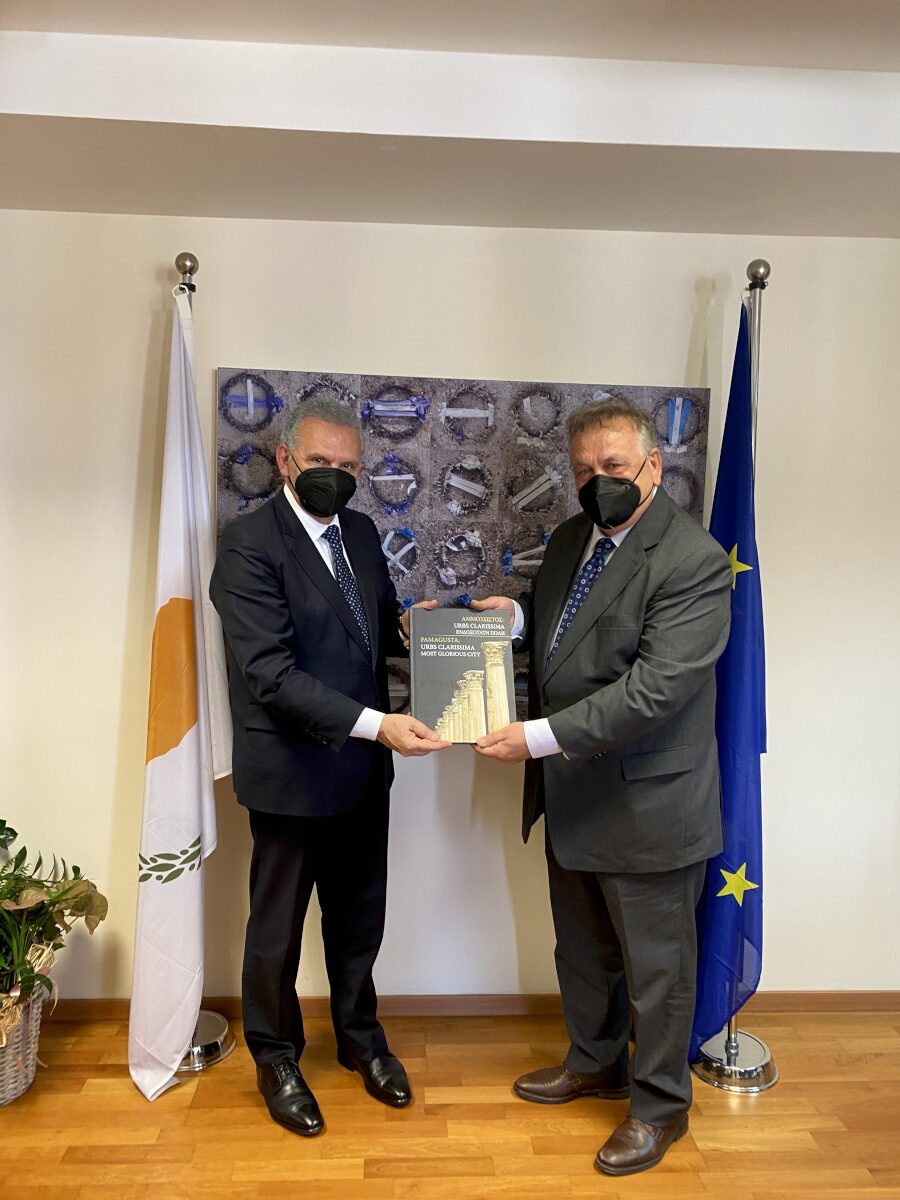 On April 6th, 2022, the Presidential Commissioner of the Republic of Cyprus welcomed the president of the Ecumenical Hellenism Foundation, Mr. Stavros Panousopoulos, within a cordial spirit, addressing him “how have you been, my dear friend”. The Commissioner not only was impressed by this published work which is about to be distributed for free to seats of power, but also promised his undivided assistance to this attempt:

At this annual conference which is being held after a two-year’s time since the previous one, due to the pandemic, not only did he invite Mr. Panousopoulos, but also promised him meetings with the Presidents of the Diaspora Associations. The Commissioner suggested his inclusion to the conference’s program for a 15-minute presentation of the Ammochostos publication. He was also impressed by the events planned by the Ecumenical Hellenism Foundation in London, New York, and Melbourne, as well as in the martyr-island of Cyprus, and offered his undivided support.